To share your memory on the wall of Shirley W. Crabtree, sign in using one of the following options:

Provide comfort for the family by sending flowers or planting a tree in memory of Shirley W. Crabtree

Provide comfort for the family by sending flowers or planting a tree in memory of Shirley W. Crabtree

After Shirley graduated from Thomas Jefferson High School in 1959, she still thrived for learning. She attended Southern Methodist University in Dallas, Texas, where she obtained a degree in education. She taught the 6th grade at Waelder Independent School District. It wasn’t until after this that her lively journey began. Shirley then attended Southwest Texas State University in San Marcos, Texas, where she graduated with her Master Degree in counseling in 1978. The following year, she went to work for the Gonzales County Mental Health Clinic. This is where Shirley found her calling and spent the next 20+ years of her life working as a clinic director and case worker. She even went further in her position, and helped develop a geriatric, psychiatric day-treatment program for the Gonzales Memorial Hospital.

Shirley was a published author, and a member of the school and hospital boards, where she additionally helped create the Heritage Program for senior citizens. She was also a volunteer at the Gonzales Animal Shelter, where she fostered many adoring cats. Shirley appreciated all people, animals, and nature itself. She would do everything in her power to make sure everyone she encountered had anything and everything they desired, and made them feel at peace with her warm company. Her compassionate personality mixed well with her adventurous side, and would be shown best with her sister-sidekick, Yvonne. The “partners-in-crime” could always be found exploring new places, or caves better said. The two were best known for their alluring jewelry they made themselves from the treasures they found while rockhounding, in places like New Mexico and Colorado. Shirley was a cherished, well-known woman in her community; not only from her accomplishments, but for her kindhearted spirit as well.

Shirley W. Crabtree was survived by her daughter, Julie Crumley of Floresville, sons, Michael Crabtree and wife Michelle of St. Louis, Missouri, Patrick Crabtree and wife Charline of Katy, grandchildren, Jennifer, Nicola, Keith, Catherine, and Samantha, great-grandchild, Izic, and sister-at-heart, Yvonne Marrou. She was preceded in death by her parents.

The family will receive friends from 5 p.m. until 7 p.m. Wednesday, November 20, 2019 in Seydler-Hill Funeral Home. Funeral services will be held at 10 a.m. Thursday, November 21, 2019 in the Episcopal Church of the Messiah in Gonzales with Reverend Shanna Neff officiating. Interment will follow in the Gonzales Memorial Park Cemetery. Pallbearers include: Trent Marrou, Tom Tiller, Richard Crozier, David Dube, Lance Shellenberger, and Noel Reese. Honorary pallbearer: Blake Marrou. In lieu of flowers, memorials may be made to: The Episcopal Church of the Messiah, or the Friends of Gonzales Animal Shelter (FOGAS). Friends may leave their condolences to the family by visiting www.seydlerhillfuneralhome.com. Services are under the care and direction of Seydler-Hill Funeral Home.
Read Less

To send flowers to the family or plant a tree in memory of Shirley W. Crabtree, please visit our Heartfelt Sympathies Store.

We encourage you to share your most beloved memories of Shirley W. Crabtree here, so that the family and other loved ones can always see it. You can upload cherished photographs, or share your favorite stories, and can even comment on those shared by others.

Posted Nov 21, 2019 at 01:43am
Oh Julie, I am so sorry to learn of the loss of your Mom. She was such a wonderful, caring and interesting lady. She gave me my first real job in the medical/clerical field. The facility was originally called the Memorial Sunshine Center, and she always called me Miss Sunshine. I had such admiration and respect for her. She was a lovely woman. Many years later I sent her a thank- you note for giving me that job. She often talked about her cat, as she brushed cat hair from her clothes, and yes she was always showing us all one of her rock finds! Heaven definitely gained one very special lady! May God strengthen and comfort you all at this difficult time. I am 100% sure she heard "Well done, thou good and faithful servant!"
Comment Share
Share via:
AV

Posted Nov 20, 2019 at 01:02pm
Shirley, thank you for being such a wonderful friend to my aunt, Yvonne. You were always there to give your support, love and friendship. A heart like yours is a rare and wonderful thing. My condolences go out to your family and friends. You left your mark on the lives of so many and I'm sure you are greatly missed.

Posted Nov 20, 2019 at 12:32pm
My husband and I were enjoying the Goliad fair parade one year withShirley and our kids , Patrick and Charline Crabtree and our mutual granddaughter Catherine, when a float loaded with gorgeous plants drove by... I commented on a particular Boston fern that it was the prettiest and largest that I had ever seen.,. When we got back to our house afterwards the fern was waiting for me on my porch... a gift from Shirley... so thoughtful! And I have it to this day! Always giving and sharing....
Comment Share
Share via:
WD

Posted Nov 20, 2019 at 10:45am
My heart is heavy with sorrow today learning of Shirley's leaving this earth. Her Crown of Stars is bright. She is an Angel in heaven and guiding us. 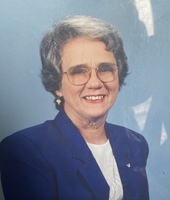