To share your memory on the wall of Lacey Ploeger, sign in using one of the following options:

Lacey grew up in the Hochheim community and was a true country girl surrounded by animals and agriculture. She was a natural equestrian and was thrown from a horse for the first time at the age of two. That did not stop her though. She traveled the Palomino Horse Breeders of America circuit across the country with her mother and began showing when she was eight. Together, the family traveled many miles with horses and the first Mumphry, and Lacey excelled in every event. Lacey also rodeoed with TYRA running barrels and roping. She showed livestock through 4H and FFA, including sheep, steers, and heifers. She passed along her love of animals to her daughter, Paisley.

Lacey attended Gonzales public schools and graduated with honors in 1998. She was a member of the National Honor Society, Thespians, Futures Scientists, and FCLA. Lacey was also an Apache Flame, and she played basketball and ran track. Following high school, she attended Texas A & M, Texas State, and the University of Houston in Houston as well as community colleges in California. She had a real estate license in the state of California. In 2005, she moved to California to attend the Fashion Institute of Design and Merchandising in Los Angeles. Paisley was born in 2006 and she moved to the San Francisco area and attended FIDM there. Lacey and Paisley eventually moved back to Texas to be closer to family, but returned to California and remained there until 2012.

She wanted to see the world, so she did from the windshield of an 18-wheeler. She got a CDL and became an over the road trucker and traveled the United States from coast to coast. Lacey especially loved the mountains. She followed the trucking business to the oil fields of South Dakota and eventually to West Texas. She settled in Midland, Texas, where she remained until her death.

Lacey’s free spirit took her through many walks of life and many places. She loved all people and animals, never turning away anyone in need or any stray dog or cat. Her friends and family will remember her for the bright and spontaneous person she was.

A Memorial Service will be held at 4 p.m. Tuesday, September 24, 2019 in The First Methodist of Gonzales with Rev. Dr. Matt Pennington and Rev. Eradio Valverde officiating. The family will receive friends beginning at 3 p.m. Tuesday prior to the service in the Methodist Church. Memorials may be made to the First United Methodist Church of Gonzales 2020 Costa Rica Mission Trip or the First United Methodist Church of Gonzales Good Samaritan Fund. Friends may leave their condolences to the family by visiting www.seydlerhillfuneralhome.com. Services are under the care and direction of Seydler-Hill Funeral Home.
Read Less

To send flowers to the family or plant a tree in memory of Lacey Bernadine Ploeger, please visit our Heartfelt Sympathies Store.

Receive notifications about information and event scheduling for Lacey

We encourage you to share your most beloved memories of Lacey here, so that the family and other loved ones can always see it. You can upload cherished photographs, or share your favorite stories, and can even comment on those shared by others.

Posted Sep 28, 2019 at 08:14am
To the family, my heartfelt condolences for your loss. Please find comfort in the knowledge that God promises to end all suffering. Before long, God will wipe out every tear from our eyes, and “death will be no more, neither will mourning nor outcry nor pain be anymore. The former things (will) have passed away.”(Rev. 21:3,4). May this promise from God give you comfort now and a real hope for the future. My deepest sympathy.
Comment Share
Share via:
B

Posted Sep 23, 2019 at 07:34pm
I’ll remember Lacey as a kindred spirit who was warm and funny,a joy to be around,she will be missed,rest well classmate,sending prayers to her family in this difficult time
Comment Share
Share via:
NS

Posted Sep 23, 2019 at 03:42pm
Lacey was one-of-a-kind and left us all with memories we will cherish always. My school years would not have been the same without her. Not many could match her wit and imagination. Peace and comfort to all her loved ones. - Natalie Sample Storey
Comment Share
Share via:
BH

My heart breaks for this sweet family. My thoughts and prayers are with you. 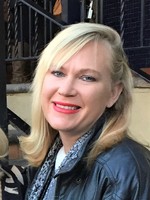