To share your memory on the wall of Clarence Bahlmann, sign in using one of the following options:

Print
Clarence Wesley Bahlmann, Sr., 85, slipped from his earthly bonds into the loving arms of his Lord and Savior, Jesus on Thursday, September 17, 2020.

He was born on March 25, 1935 in the old Bahlmann farmhouse, just above Cottonwoo... Read More
Clarence Wesley Bahlmann, Sr., 85, slipped from his earthly bonds into the loving arms of his Lord and Savior, Jesus on Thursday, September 17, 2020.

He was born on March 25, 1935 in the old Bahlmann farmhouse, just above Cottonwood Creek, 5 miles outside of Cost, Texas, a son of the late Wesley Friedrich Bahlmann and Olga Agnes (Eckermann) Bahlmann (Industry, TX).

Clarence was the grandchild of Russian, German, and Wendish settlers to Texas. His childhood was filled with the sounds, flavors and customs of the Texas Germans. He enjoyed the rich heritage of the German Texas Methodists and belonged to Monthalia United Methodist Church, which he dearly loved.

As a boy he attended Bebe school, where he was required to learn English to attend. He spent many hot Texas days with his brother Calvin pulling a cotton sack in the fields, but he dreamed of working on the planes that soared above them in the Texas skies. Clarence’s dream was fulfilled in 1952, when he graduated from Gonzales High School at 17.

He moved to San Antonio and secured a lifetime career at Kelly Air Field ranging from Apprentice Aircraft Mechanic to Fuel Accessories Section Chief. His time off was spent working on race cars with his best friend, James Willmann at the home of James’ cousin, Kurt Philippus. Just across the street from the Philippus home lived a lovely young woman, who was destined to be the love of Clarence’s life.

Clarence met and married Miss Kathleen Ann Sievers--lovingly referred to as Kay--on October 29, 1954. The two were married for nearly 66 years. Their first 40 years of marriage, they resided in San Antonio. The family spent their weekends on the Cost farm working the land and hunting. Clarence loved to take Kay and his three children, Yvonne, Nancy and Clarence Jr. on vacation camping in the Colorado Rockies, and sharing his love of the outdoors, and fishing--everyone knew that with Daddy they were going to “really catch fish.”

After retiring to the farm in 1990 Clarence and Kay wove their lives into their beloved church community at Monthalia, where Clarence served as a Trustee. He willingly gave his time as a skilled handyman repairing his church, the old buildings of the Pioneer Village, the Daughters of the Republic of Texas’ JB Well’s home and the numerous homes of the older people in his community. In the winter of 2018 Clarence invited the Texas German Dialect Project to the Monthalia area where he helped to host an opportunity for researchers from the University of Texas at Austin to locate community members, who still spoke Texas German. At the time Clarence was the oldest living community member still fluent in Texas German.

Due to current CDC, State and local mandates, protective measures regarding social distancing, limited attendance capacity, and use of personal protective masks will be required for the visitation, church service and graveside burial rite. Those remotely symptomatic of Covid 19 are politely asked not to attend. Services are under the care and direction of Seydler-Hill Funeral Home.
Read Less

To send flowers to the family or plant a tree in memory of Clarence Wesley Bahlmann Sr., please visit our Heartfelt Sympathies Store.

Receive notifications about information and event scheduling for Clarence

We encourage you to share your most beloved memories of Clarence here, so that the family and other loved ones can always see it. You can upload cherished photographs, or share your favorite stories, and can even comment on those shared by others.

GONZALES COUNTY FARM BUREAU, Love Jerome, Corine, Whitey and Rita, Debbie and R, and other have sent flowers to the family of Clarence Wesley Bahlmann Sr.
Show you care by sending flowers

Posted Sep 27, 2020 at 09:48pm
Our deepest condolences to the Bahlmann Family. I never had the honor to personally meet Mr. Bahlmann but felt I knew him personally from his daughter Yvonne's postings on FB we were classmates @ Highlands High School. Judging from his beautiful children he raised that tells me all I need to know about his character. RIP Sir and we pray God holds your family in his loving arms during this time.
Comment Share
Share via:
EL

Posted Sep 25, 2020 at 06:42pm
Very sorry for your loss. Clarence was always present to fix anything at church until his health held him back. But up until Daddy's stroke, I believe they talked on the phone every evening about what they had done that day and news they new. They were very good friends. he will be missed by all.
Comment Share
Share via:
JF 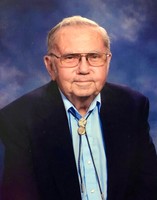 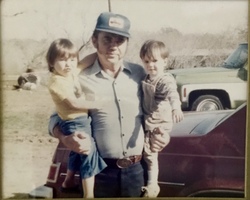 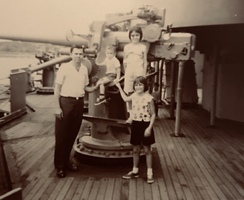