To share your memory on the wall of Charles Jones, sign in using one of the following options:

David worked 44 years in the Maintenance Department for Holly Farms, which later became Tyson Feed Mill. He retired in 2004 but asked to come back in 2005 and David finally retired in November of 2010.

The family will receive friends from 5 to 9 p.m. Thursday, November 12, 2020 in Seydler-Hill Funeral Home. Graveside services will be held at 10 a.m. Friday, November 13, 2020 in Gonzales Memorial Park with Pastor Ildiko Rigney officiating. Honorary pallbearers are his grandchildren and great-grandchildren. Memorials may be made to the Gonzales VFW Post 4817, 302 Harwood Rd, Gonzales, TX 78629.

Due to current CDC, State and local mandates, protective measures regarding social distancing, limited attendance capacity, and use of personal protective masks will be required for the visitation, and graveside burial rite. Services are under the care and direction of Seydler-Hill Funeral Home 906 St. Paul Gonzales, Texas 78629.
Read Less

To send flowers to the family or plant a tree in memory of Charles David Jones, please visit our Heartfelt Sympathies Store.

Receive notifications about information and event scheduling for Charles

We encourage you to share your most beloved memories of Charles here, so that the family and other loved ones can always see it. You can upload cherished photographs, or share your favorite stories, and can even comment on those shared by others.

Posted Nov 10, 2020 at 12:54pm
Uncle Charles (David) - I sure enjoyed reconnecting and talking to you over the last year. Fun memories of my dad, too. You'll be greatly missed. You are loved. Cathy Jones Dummer
Comment Share
Share via:
HS

Flowers were purchased and a memorial tree planted for the family of Charles Jones. Send Flowers 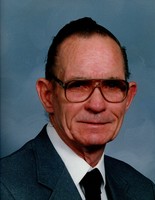