To share your memory on the wall of William Pekar, sign in using one of the following options:

To send flowers to the family or plant a tree in memory of William Peter Frank Pekar, please visit our Heartfelt Sympathies Store.

Receive notifications about information and event scheduling for William

We encourage you to share your most beloved memories of William here, so that the family and other loved ones can always see it. You can upload cherished photographs, or share your favorite stories, and can even comment on those shared by others.

Ginny and Doug Lawrence and Lesli staton sent flowers to the family of William Peter Frank Pekar.
Show you care by sending flowers

Posted Jan 03, 2020 at 02:33am
My late husband, Donald Taylor, thought the world of Bill. He said if a person could design an item, Bill could build it. I think the last thing that Donald had Bill make was a brush grubber that operated off a tractor. My sincere condolences to Bill's family and may he rest in peace.

Posted Jan 02, 2020 at 04:40pm
I remember Uncle Bill, Uncle Paul, My Dad Julius and the rest of the men boiling sausage links on a stick in pot of water outside for a Kutach reunion- drinking a few beers, laughing - having a good time & enjoying each other.
All Good Men & Good Memories! Miss you guys,

Posted Jan 02, 2020 at 10:49am
Carolyn, we are saddened to hear of his passing. It was a wonderful obituary tribute, and our thoughts are with you and your family. With love,

Ginny and Doug Lawrence purchased flowers and planted a memorial tree for the family of William Pekar. Send Flowers

Posted Jan 02, 2020 at 10:43am
Heartfelt condolences from Dalton and Valerie Winkenwerder. Dalton remembers him as one of the best welders of his time as he welded numerous times for Winkenwerder Dozing. Our sympathies and may he rest in peace.
Comment Share
Share via: 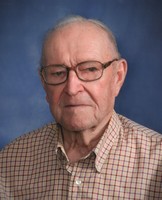