To share your memory on the wall of Richard Duncan, sign in using one of the following options:

To send flowers to the family or plant a tree in memory of Richard Linuel Duncan, please visit our Heartfelt Sympathies Store.

Receive notifications about information and event scheduling for Richard

We encourage you to share your most beloved memories of Richard here, so that the family and other loved ones can always see it. You can upload cherished photographs, or share your favorite stories, and can even comment on those shared by others.

Posted May 07, 2020 at 05:42pm
Richard and I attended Andress High School in El Paso, TX. I remember him being well-liked, funny, and very athletic. Richard always had a smile on his face. The world lost a good man. His wife looked like she was a lovely person.
May God bless the family to have the strength to get through this very difficult time.
Comment Share
Share via:

Posted Feb 26, 2020 at 06:46pm
Where you used to be, there is a hole in the world, which I find myself constantly walking around in the day time and falling into at night, we miss you
Comment Share
Share via: 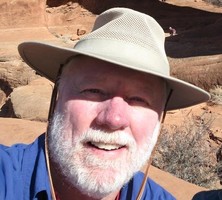