To share your memory on the wall of Milton Sommerlatte, sign in using one of the following options:

He tried his hand in the food service industry with the Wooden Nickel but ate more ice cream than he sold. He became restless being in doors and decided to change direction and drove for a steel company out of San Antonio. After moving back to Gonzales, he started working at Cal-Maine, transporting eggs all over the United States. Then working in County precinct, one driving a gravel truck where he earned the nickname, “Bull”. He loved being outdoors and the ranch life was his way to relax. You always knew where to find him on the weekends at the 2-C Ranch building fence, working cattle, selling bulls, or bailing hay along with his nephew Chris which he referred to as the “Rocket Scientist”. He served as Vice President for the Luling Livestock show association and was Beef Superintendent for the stock show.

In November 2013, Milton was diagnosed with stage IV B-Cell Lymphoma but that did not stop him. After being told he was in remission after only five treatments, he decided he was going to “retire”. He could be found watching hours of RFDTV, Hehaw reruns or 1970’s game shows and his favorite host was Steve Harvey. At the end of the day we got a blow by blow recap of every show he watched.

Milton took after his father in the since that he struck up a conversation with everyone he met. The family joke was “I’ll be just a few minutes” which always turned into hours. He loved his family and friends unconditionally and would give the shirt off his back to help anyone but might have to think about it if it was a pearl snap shirt. We know he is celebrating with his buddies, Jack Pritchard and Louis Kuntschik.

He was preceded in death by his parents, Clyde and Bernice Sommerlatte and his stepmother, Ginger. Visitation will be Tuesday, May 19, 2020 from 10:00 to 12:00 at Seydler Hill Funeral Home in Gonzales with service following at 2:00. Interment will follow at the Hermann Sons Cemetery with military honors provided by the Luling Post # 177 of the American Legion. Pallbearers include David Schoenfeld, Skipper Irle, Joe Kotwig, Dusty Pish, Larry Masek and Christopher Sommerlatte. Honorary pallbearers include Robert Martinez, Herman Alex, Jason Booth, Gary Sutton, and Steve Maresch.

Due to Covid-19, CDC guidelines will be followed for the safety of everyone including social distancing and facial covering. Arrangements are under the care and direction of Seydler-Hill Funeral Home, Gonzales.
Read Less

To send flowers to the family or plant a tree in memory of Milton Gene Sommerlatte, please visit our Heartfelt Sympathies Store.

Receive notifications about information and event scheduling for Milton

We encourage you to share your most beloved memories of Milton here, so that the family and other loved ones can always see it. You can upload cherished photographs, or share your favorite stories, and can even comment on those shared by others.

Korey & Nicole Schuelke and family, Bay Bridge Administrators, and other have sent flowers to the family of Milton Gene Sommerlatte.
Show you care by sending flowers

Posted May 19, 2020 at 08:02am
Milton Sommerlatte will remain in our hearts forever. Sending our love to you all,

Korey & Nicole Schuelke and family purchased flowers and planted a memorial tree for the family of Milton Sommerlatte. Send Flowers

Flowers were purchased for the family of Milton Sommerlatte. Send Flowers

Posted May 17, 2020 at 04:06pm
RIP good buddy Milton. We shared many classes together throughout school, church confirmation and being altar boys. One of a kind. U will be missed.
Comment Share
Share via: 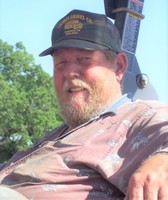