To share your memory on the wall of Leon Netardus, sign in using one of the following options:

To send flowers to the family or plant a tree in memory of Leon August Netardus, please visit our Heartfelt Sympathies Store.

Receive notifications about information and event scheduling for Leon

We encourage you to share your most beloved memories of Leon here, so that the family and other loved ones can always see it. You can upload cherished photographs, or share your favorite stories, and can even comment on those shared by others.

Guaranteed hand delivery by a local florist
B

Posted Oct 07, 2019 at 11:00pm
One of the high notes of growing up in Gonzales was being taken in by a group of crusty ol’ members of the Gonzales society men’s tennis league:) (Made that up) Leeeeeon and the fellas were always a sooo fun to be around and I will hold dear my memories of playing tennis with him forever:)
-Blake
Comment Share
Share via:
HS

Posted Oct 07, 2019 at 10:10am
Dear Sarah and family, your NASA family is thinking of you. We are so sorry to hear about your grandfather. Wishing you comfort during this time.

Flowers were purchased for the family of Leon Netardus. Send Flowers

Flowers were purchased for the family of Leon Netardus. Send Flowers

Posted Oct 06, 2019 at 09:46am
So sorry to hear this. Lots of memories of working at GVEC with Leon. God Bless,
Donnie Baker
Gonzales, Texas
Comment Share
Share via:
TK 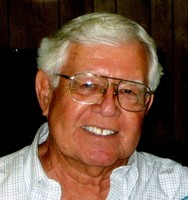