To share your memory on the wall of Herbert Blount, sign in using one of the following options:

Print
Herbert Howell Blount, Sr., son of the late Ben Milam Blount, Sr. and the late Katherine Luallee Clark Blount left this world behind hours after Easter with members of his family present. He was eighty-six years old.

He was born in San ... Read More
Herbert Howell Blount, Sr., son of the late Ben Milam Blount, Sr. and the late Katherine Luallee Clark Blount left this world behind hours after Easter with members of his family present. He was eighty-six years old.

He was born in San Antonio and attended Brackenridge High School. Upon graduation he attended Southwest Texas State University in San Marcos, Texas where he studied history and enjoyed fraternal activities with his life-long friend, Jeff Van Kleef.

During his life he served in the United States Army and the San Antonio Police Department; but for most of his working years he was engaged in the insurance industry working as an independent claims adjuster and also as a claims examiner and fire and marine subrogator at USAA in San Antonio.

He was creative, curious, a jack-of-many-trades and very generous with his time. For fourteen of the last sixteen years he lived in quiet peace and solitude near Snowflake, Arizona. He loved the Grand Canyon and made several excursions into it during his life. Most recently, he lived in San Antonio with his daughter and her family where he fed birds, gardened and tried to be of service to others.

Mr. Blount was a descendant of John Alden and Priscilla Mullins of the Mayflower through his paternal grandmother, Sarah Iva Milam. His Blount ancestors fought in the American Revolution, the War of 1812, and the Lost Cause before settling in Texas in 1868. Thus, he was passionate about both American and Texas history. He was also a proud member of the National Rifle Association.

He was preceded in death by his parents, his only sibling, Ben Milam Blount, Jr. and his second wife, Freida Carlene Lanton (nee Norris).
He is survived by his sons Herbert Howell Blount, Jr. of Bryan, Texas; Clark Marfield Blount of Jackson, Wyoming; Craig Milam Blount, his wife, Ana Garcia-Garcia of Aptos, California; his beloved adopted son, Charles Leland Brabson of Knoxville, Tennessee and his daughter Catherine Blount Driggers and wife, Diana of San Antonio, as well as numerous cousins throughout the United States.

Mr. Blount will be placed at rest in the San Marcos City Cemetery with three earlier generations of his family, including his parents, in a private ceremony.

In lieu of flowers, a memorial contribution to–or your membership in–the Texas State Historical Association is suggested with gratitude.

Services are under the care and direction of Seydler-Hill Funeral Home.
Read Less

To send flowers to the family or plant a tree in memory of Herbert Howell Blount Sr., please visit our Heartfelt Sympathies Store.

Receive notifications about information and event scheduling for Herbert

We encourage you to share your most beloved memories of Herbert here, so that the family and other loved ones can always see it. You can upload cherished photographs, or share your favorite stories, and can even comment on those shared by others. 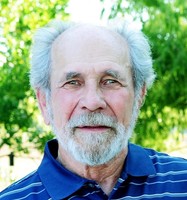