To share your memory on the wall of Henry Condel, sign in using one of the following options:

Work for Henry began at an early age for his family, but his first job was a cowboy for Houston Munson Ranch. He continued to work throughout his life, at places such as: Bucholtz Processing, Holly Farms, Iley Brothers and then James Lagging, where he learned to weld. He decided at that time, welding was his passion and opened Condel’s Welding in the late 70s. He welded in the oilfield and for the community up until 2000 when he was ready for a career change so him and his sister Patsy opened H&P BBQ Home Cooking. He loved to bar-b-que but he quickly found out his hobby of bar-b-quing was a lot of work.

As time went on, Henry could always be found outside his home piddling in his shop, mowing, building, gardening or playing with Preslee. Last and most importantly, he participated in the Watchdog Program at Gonzales Primary Academy. He was thought of highly by all the teachers and students, and he enjoyed that job the most. Although he had lots of jobs throughout his years, his most important job was to recite the Lord’s Prayer every morning to start his day. Henry spent an abundance of his time with his youngest granddaughter, Preslee. She referred to him as “King”, and she was indeed his princess. Together, Henry and Preslee had a side gig they named H&P Resale where many memories were made.

Henry was quite rowdy and adventurous in his younger years, and definitely knew how to have a good time. He was determined to say the least, and made sure things were done his way, even to the very end of his life. Although he did become ill, his humorous side never left. He made his mark on all of his family members, passing on his organizational and hardworking traits. He was protective and loved to spoil his whole family.
Henry was knowledgeable in all aspects of life. He was the help hotline for a lot of people, whether it be for car troubles, to borrow money, or just simply get advice on life. He loved making and fixing things, and hated flies and anything with a squeak. He always ate good and made sure never to miss a meal, especially desert. He was most famous for his stew, chicken noodle soup, and beans, along with having the biggest sweet tooth out of anyone in his family.

The family will receive friends from 5:00 until 7:00 PM on Tuesday, December 10, 2019 in Seydler-Hill Funeral Home. Henry’s beautiful life journey will be celebrated with a funeral service on Wednesday, December 11, 2019 at 10:00 AM in Seydler-Hill Funeral Home, with Reverend Jesse Elizondo officiating. Interment will take place in the Hermann Sons Cemetery, with a reception to follow at the VFW Hall in Gonzales. Pallbearers include all of his nephews: Craig Schaefer, Coy Condel, Bryan Condel, Jason Condel, Chad Roecker, Ross Roecker, Tyler Behlen, and Derek Schaefer. Honorary pallbearers include: Joe Solansky, Bubba Ruddock, Oscar Ludwig, Vic Mathis, Dean Seitz, Leslie Pirkle, Mike Zella, Nick Hernandez, Joel Price, Bill Whitely, and all of his runnin’ buddies. In lieu of flowers, memorials may be made to: Hospice of South Texas, 605 East Locust Street, Victoria, Texas 77904. Friends may leave their condolences by visiting ​www.seydlerhillfuneralhome.com​. Services are under the care and direction of Seydler-Hill Funeral Home.
Read Less

To send flowers to the family or plant a tree in memory of Henry Joseph "Hank" Condel, please visit our Heartfelt Sympathies Store.

Receive notifications about information and event scheduling for Henry

We encourage you to share your most beloved memories of Henry here, so that the family and other loved ones can always see it. You can upload cherished photographs, or share your favorite stories, and can even comment on those shared by others.

Posted Dec 10, 2019 at 04:49pm
Please accept our most heartfelt sympathies for your lossour thoughts are with you and your family during this difficult time.

Posted Dec 10, 2019 at 07:25am
My heart aches for Bobbie and the family. Boy let me tell you Pete and I had some good times and made a lot of good memories with Henry and Bobbie. I am sure he had a host of angels just waiting to get him to the domino table and to fill him in on the does and don’ts of heaven. Happy trails until we meet again. With Love, Leann
Comment Share
Share via:
JF 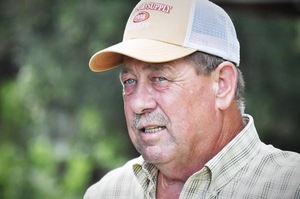