To share your memory on the wall of Frances Bohlae, sign in using one of the following options:

After Bill retired from the phone company, they traveled often. They spent every Summer in Estes Park, Colorado, often with grandchildren visiting, touring Rocky Mountain National Park and sometimes other nearby states. They took their grandchildren on many trips as well. Frances managed to see all fifty states, and four different continents, which included a trip to China with her sister Cecil.

Frances was a lifelong Methodist, starting at the First Methodist Church in Gonzales, then attending several Houston churches, until in the 1980s she found her church home at St. Stephens United Methodist Church. In addition to being her religious home, the church also served as her social outlet for many years. She spent time driving others to doctor’s appointments even in the medical center, visiting homebound friends and as a member of several senior groups, attending monthly meals and gatherings. In 2011 she was honored to be recognized as St. Stephens’ Outstanding Senior Member.

Although they had only one child of their own, Frances & Bill took in many others to live in their home. Countless Keck brothers, nieces and nephews and often even unrelated friends spent time living in the extra bedroom and being part of the family.

After Bill died in 1988 Frances lived alone in the house they bought in 1950. Then in 2013 she sold that home and moved to a house less than a mile away, on a piece of property where Alice also had her home. She lived alone in this house until late 2019 when her Granddaughter Tara, moved in to act as companion and caregiver. Along with Tara came her three small children that were the joy of Frances’s days. Daily she told us how much she was still enjoying life!

Frances was a loving and giving soul. She was never at a loss for words and talked to everyone. She will leave a large hole in our hearts but a smile on our faces.

Due to current CDC, State and local mandates, protective measures regarding social distancing, limited attendance capacity, and use of personal protective masks will be required for the visitation, church service and graveside burial rite. Those remotely symptomatic of COVID-19 are politely asked not to attend. Services are under the care and direction of Seydler-Hill Funeral Home.

To send flowers to the family or plant a tree in memory of Frances Josephine Bohlae (Keck), please visit our Heartfelt Sympathies Store.

Receive notifications about information and event scheduling for Frances

We encourage you to share your most beloved memories of Frances here, so that the family and other loved ones can always see it. You can upload cherished photographs, or share your favorite stories, and can even comment on those shared by others.

The Mariners sent flowers to the family of Frances Josephine Bohlae (Keck).
Show you care by sending flowers

Posted Jul 07, 2020 at 11:11am
Sending all of you love, hugs, and prayers. Granny was one of a kind and will truly be missed! She led an extraordinary life!
Love,
Jenny, Chris, Nina and boys
Comment Share
Share via:
TM

The Mariners purchased flowers for the family of Frances Bohlae. Send Flowers 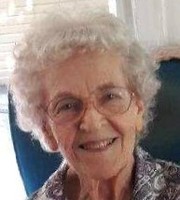