To share your memory on the wall of Carlos Wright, sign in using one of the following options:

Carlos often went by “C.J”, or as his grandchildren called him “Papa CJ”. C.J. first married Barbara Behlen in 1959, and together they had two children, Kenneth Warren Wright and Belinda Carol Walker. He later married Patsy Kelley Gascamp.

He attended Gonzales High School, where he played football for the Apaches. He graduated in 1959. Upon graduating, he joined the Texas National Guard – 36th Division – Battery Auxiliary. He was a sergeant and ran wire for communications. C.J. then went on to work for GVEC, where he acquired the nickname “Woodpecker”.

C.J. and Pat eventually left Gonzales and moved to Houston, where he worked for Cameron Iron and Van Lear Plastics for 12 years. After that, he went to work for Cooper Heat, traveling all over the world, testing high pressure pipelines and vessels.

Upon retiring, C.J. and Pat moved to their farm in Riverside, Texas. They spent their time traveling all around West, Texas hunting deer and fishing. When his grandchildren were of younger age, they would spend two weeks of their summers with Papa CJ. Their time together was spent fishing and riding their four wheelers all along the farm. One summer, they took a trip to Big Bend National Park. C.J. and Pat made sure to point out all the spots they had hunted along the way.

Services will be held at a later date. Memorials can be made to the First Lutheran Church of Gonzales, 1206 North St. Joseph Street Gonzales, Texas 78629. Friends may sign the guestbook or leave condolences to the family by visiting www.seydlerhillfuneralhome.com. Services are under the care and direction of Seydler-Hill Funeral Home, Gonzales.
Read Less

To send flowers to the family or plant a tree in memory of Carlos Jessie "C.J." Wright, please visit our Heartfelt Sympathies Store.

Receive notifications about information and event scheduling for Carlos

There are no events scheduled. You can still show your support by sending flowers directly to the family, or planting a memorial tree in memory of Carlos Jessie "C.J." Wright.
Visit the Heartfelt Sympathies Store

We encourage you to share your most beloved memories of Carlos here, so that the family and other loved ones can always see it. You can upload cherished photographs, or share your favorite stories, and can even comment on those shared by others.

Posted Jul 25, 2020 at 12:31am
Belinda so so sorry. You and your family are in my prayers. He was such a sweet man. Tracy James
Comment Share
Share via:
MC

Posted Jul 24, 2020 at 01:35pm
I remember when Carlos came to Central Ward School and was placed in the first grade with me. He sat across the aisle from me. Our teacher, Mrs. Gertrude Reid, showed tremendous love for Carlos because he had difficulty sitting still while at a desk. At some future time, he was transferred to North Avenue School and I lost track of him until he rejoined us in high school. He was an unusual young man with an unusual history, and I always enjoyed having him as a friend. Carlos and I went through GHS together and both of us graduated in 1959. He and Richard Knight were great friends, I remember. I am proud of what you did with your life, Carlos. Rest in peace.--Mayron Ellis Cole
Comment Share
Share via:
KR

Posted Jul 23, 2020 at 07:54pm
Papa CJ was the most kind hearted, caring, hard working, give the shirt off his back kind of man anyone would ever meet. If you knew him you knew how great of a man he was. My grandpa will be greatly missed . I remember those amazing crazy summers we spent our 2 weeks with him. They were summers to never forget. I love you and will see you again one day. 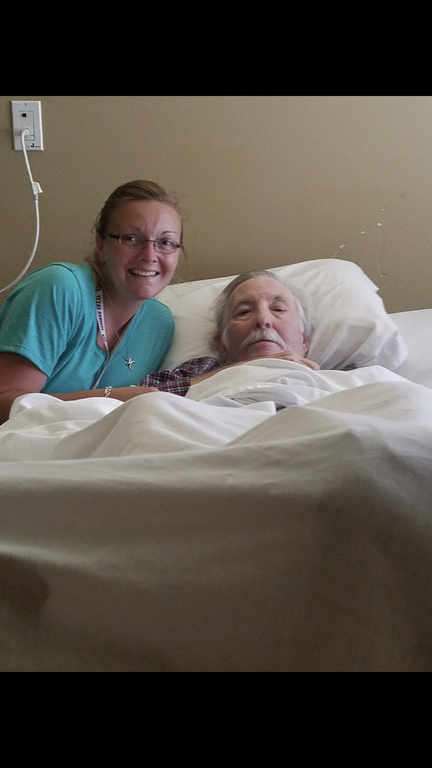 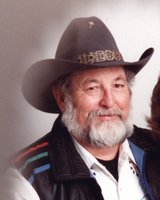 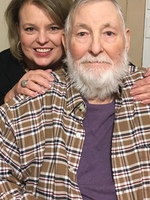 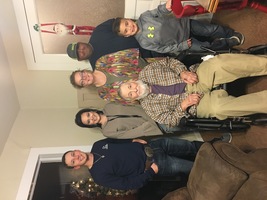 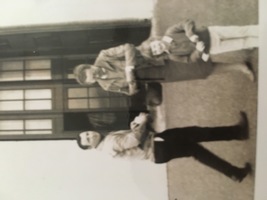