To share your memory on the wall of Bobby Hand, sign in using one of the following options:

Bobby is survived by his devoted wife of 52 years, Barbara Behlen Hand. They were married on November 22, 1967 in Gonzales.

Bobby Hand entered Officer Training School at Lackland AFB (San Antonio) right out of college in April, 1962. He was commissioned on June 26, 1962. Bobby advanced rapidly in the Personnel Division of the U.S. Air Force. By December, 1964, Bobby was the Chief of the Career Control Branch at Chanute AFB, Ill. Bobby was separated from Active Duty on June 25, 1965, and joined the 921st Military Airlift Group (Reserves) in October, 1966. There he attained the rank of Captain. He was honorably discharged from the US Air Force Reserves on February 18, 1975.

Bobby grew up fishing along the Texas Gulf Coast. He loved fishing with friends who spanned decades of his life. He also enjoyed such things as acting and building sets for the Gonzales Little Theatre. He played in “10 Little Indians” and “Dial M for Murder.” Bobby likewise loved to coach Little League baseball and did so for many years as his kids grew up. If not out playing ball, fishing or acting, Bobby might be found raising chickens and tending to cattle. Seldom was Bobby found relaxing.

“A jack of all trades” is how some might describe Bobby. He had a business mind and the ability to adapt principles of success to a variety of trades and disciplines. For example, Bobby worked for Migrant Health Services, the First National Bank of Gonzales (20 years), Graham Land and Cattle, Kactus Corral, Gonzales County as the County Auditor, and for the Gonzales County Sheriff’s Department. In addition to all of these things, Bobby was well known for teaching Defensive Driving to folks who had gotten traffic tickets.

Bobby did not just “have jobs to earn money.” Bobby served his country, his community, and his family. Bobby was a Rotarian for many years and served a year as President of the local club. Bobby practiced the Rotary International motto of “Service Above Self.” Bobby was among the early members of the Gonzales Volunteer Ambulance Corps, and put up with Barbara’s EMS service throughout her 45 years of daily involvement. Bobby was an EMT and helped many sick and injured in their time of need. Bobby also served the City and County of Gonzales by volunteering hundreds of hours of law enforcement duty. Bobby served on the initial Board of the Gonzales County Water District and was part of the Gonzales Area Development Corporation.

Perhaps the characteristic of Bobby that contributed as much to his success as his intelligence was his personality. One thing that all of Bobby’s friends, and that is a very large group, would agree upon is that if you had time, or didn’t, Bobby was going to tell you one, two, or a dozen jokes! Some were detailed, some were hilarious, some were silly and some made eyeballs roll. Most importantly, they all produced at least a smile, and that is what Bobby lived for. A classmate at Officer Training School once said that the academy would never be the same after Bobby Hand had been there. Those who knew him know that was right. One can guess what it must have been like to be in Bobby’s Defensive Driving Class. Some may have thought being held captive in the Hall of Hand jokes was cruel and unusual punishment, and that they should have just paid the fine! The jokester will be missed.

To send flowers to the family or plant a tree in memory of Bobby Britton Hand, please visit our Heartfelt Sympathies Store.

Receive notifications about information and event scheduling for Bobby

We encourage you to share your most beloved memories of Bobby here, so that the family and other loved ones can always see it. You can upload cherished photographs, or share your favorite stories, and can even comment on those shared by others.

Posted Dec 21, 2019 at 09:59am
So sorry for your loss..
Our hearts and prayers are being sent to the family. William and Roberta Thomas and George and Maisy Valenta...
Comment Share
Share via:
JS

Posted Dec 17, 2019 at 10:38pm
Bobby was a wonderful friend, excellent fisherman and great defensive driving teacher. He taught our defensive driving curriculum for many years in Gonzales. We had many great fishing trips in Port O'Connor when he would come down to the coast with Berger and Ken and stay in our little cabin in Port O'Connor. We would all go off shore fishing in the Gulf in my 25 foot Aquasport boat. He also loved bringing his grandsons so that they experience the excitement of catching King Mackerel, Sharks and Ling. Our thoughts and prayers are with him and his wonderful family.
Comment Share
Share via:
JS

Posted Dec 17, 2019 at 09:50pm
All of us in Victoria (defensive driving teachers) are thinking of Bobby's family and the good times we had together. 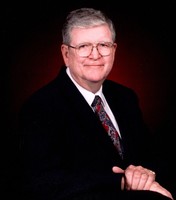