To share your memory on the wall of Aubrey Pullin, sign in using one of the following options:

Due to current CDC, State and local mandates, protective measures regarding social distancing, limited attendance capacity, and use of personal protective masks will be required for the visitation, chapel service and graveside burial rite.
Read Less

To send flowers to the family or plant a tree in memory of Aubrey Julius Pullin, please visit our Heartfelt Sympathies Store.

Receive notifications about information and event scheduling for Aubrey

We encourage you to share your most beloved memories of Aubrey here, so that the family and other loved ones can always see it. You can upload cherished photographs, or share your favorite stories, and can even comment on those shared by others.

Posted Nov 21, 2020 at 12:58am
Though we did not know Aubrey well, we developed a great admiration for him as a man and grandfather. Our thoughts and prayer are with your family.

Posted Nov 20, 2020 at 04:45pm
Aubrey, Beloved little brother, favorite uncle and friend, rest now in the loving arms of our Lord! We love & miss you but will see you again! 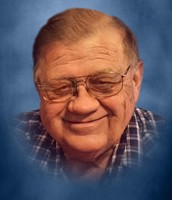