To share your memory on the wall of Amber Tate, sign in using one of the following options:

Amber Willene graduated from Goldthwaite High School. From there, she went into a career in banking, where she worked as a teller. She also worked at Warm Springs in Ottine and worked part time at the Gonzales Memorial Museum, after retiring from Wells Fargo Bank. Amber Willene Tate, in one word, feisty. She always had a beautiful smile. She was a hardworking, independent, do-it-herself, kind of woman. Growing up with four brothers, and being the only girl, she had an abundance of strength that she carried throughout her lifetime. She was quick to refuse help, especially when it came to mowing her lawn. Even in her later age, she would be seen push-mowing her grass, mower in one hand, and walking cane in the other. She loved her yard and growing flowers. She also enjoyed the simple things in life, such as traveling and quilting for her family. Amber had a right-hand pup, Sparky, and the two were inseparable. They’d often be found enjoying a cheeseburger and fries or a Dairy Queen ice cream together, Sparky always getting the bigger half. The two were truly best companions, and always side by side.

The family wishes to protect their friends and loved ones by adhering to the city and county restrictions on mass gatherings concerning limiting the exposure to COVID-19. Funeral services will be private and for immediate family only. A private immediate family visitation will be held Monday, April 20, 2020 from 10 a.m. to 11 a.m. and other family and friends may come by to pay their respects from 11 a.m. till 1:15 p.m. at Seydler-Hill Funeral Home. A private family graveside service will follow at 2 p.m. in the Gonzales Masonic Cemetery with Pastor Matt Pennington officiating. Memorials may be made to the: First United Methodist Church. Friends may leave their condolences to the family by visiting www.seydlerhillfuneralhome.com. Arrangements are under the care and direction of Seydler-Hill Funeral Home.
Read Less

To send flowers to the family or plant a tree in memory of Amber Willene Tate (Perkins), please visit our Heartfelt Sympathies Store.

Receive notifications about information and event scheduling for Amber

We encourage you to share your most beloved memories of Amber here, so that the family and other loved ones can always see it. You can upload cherished photographs, or share your favorite stories, and can even comment on those shared by others.

Flowers were purchased for the family of Amber Tate. Send Flowers 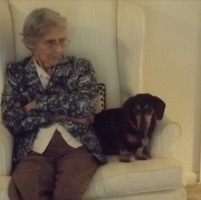